Accomodation of Mercato square and S. Agostino square - I and II lot

Accomodation of Mercato square and S. Agostino square - I and II lot

It was proposed that these spaces be converted after carefully analysing the historic centre's distinguishing features, with the aim of reviving and restoring a system of mutual relationships within the urban fabric.

The space is demarcated on two sides by a flight of steps that follows the natural slope, while a raised flowerbed, which is intended to contain trees, delimits the other two sides.
The trees are of average height and have the dual function of closing off the space in the square on the northern and western sides, thus screening it from a dilapidated and deteriorating building, and of shading the seating areas.

During the excavation work, the ridges and foundations of the western boundary wall of the Terra Murata were discovered along with the corresponding gateway, which was destroyed during the first half of the 19th century.
Further investigations recovered the scarp wall of the moat, which featured an interesting triangular strut cut in limestone that was added to the wall after it was built in order to strengthen the defences at the base of the fortification and fend off the advances of war machinery.

To depict the scarp wall, a transparent surface was fashioned to mirror the shape of the wall and reference the design that, cast in cubes of white marble, traces the path of the boundary wall. 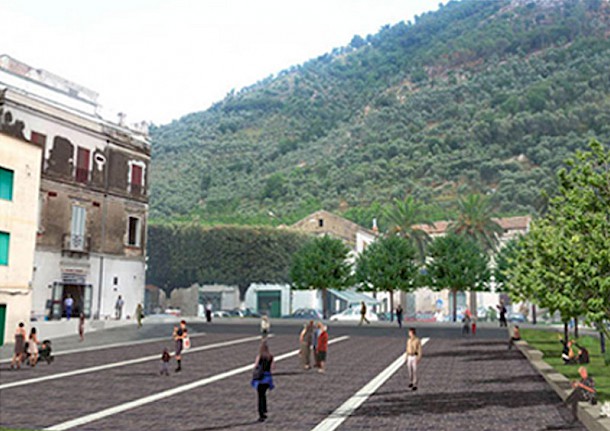 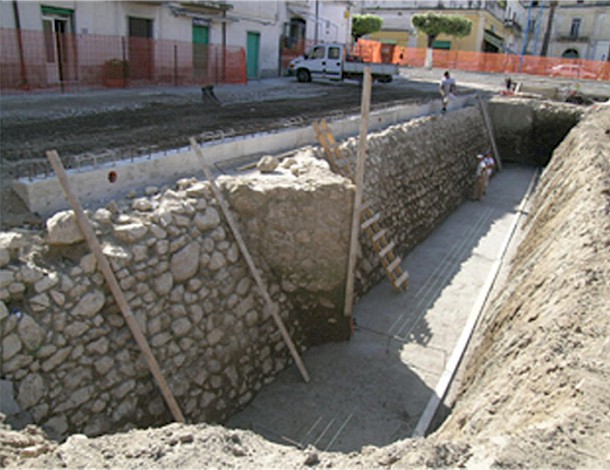 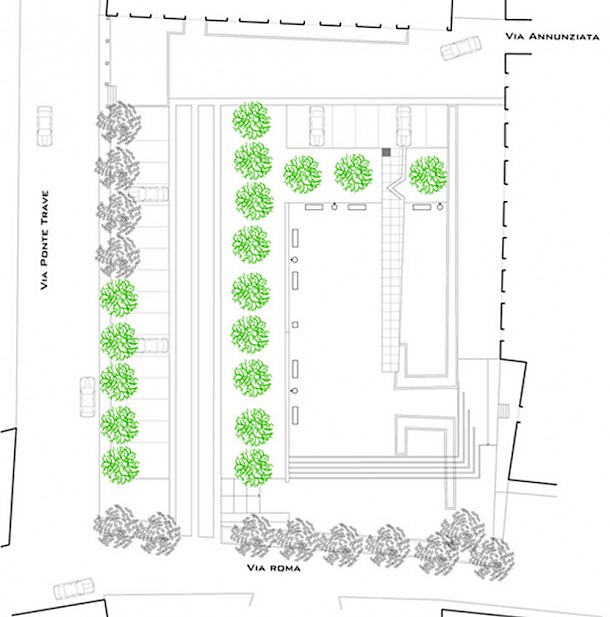 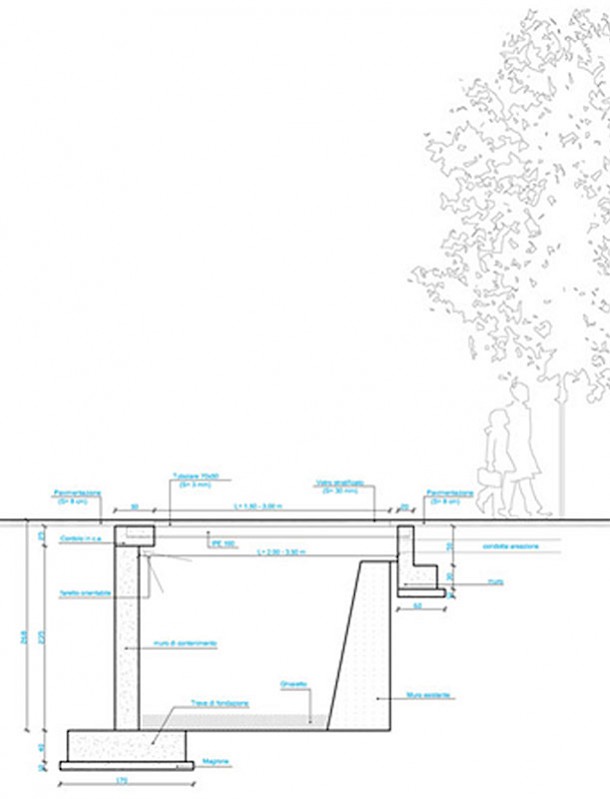 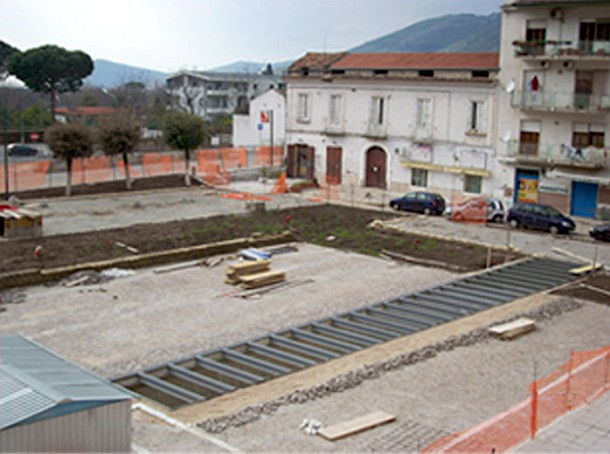 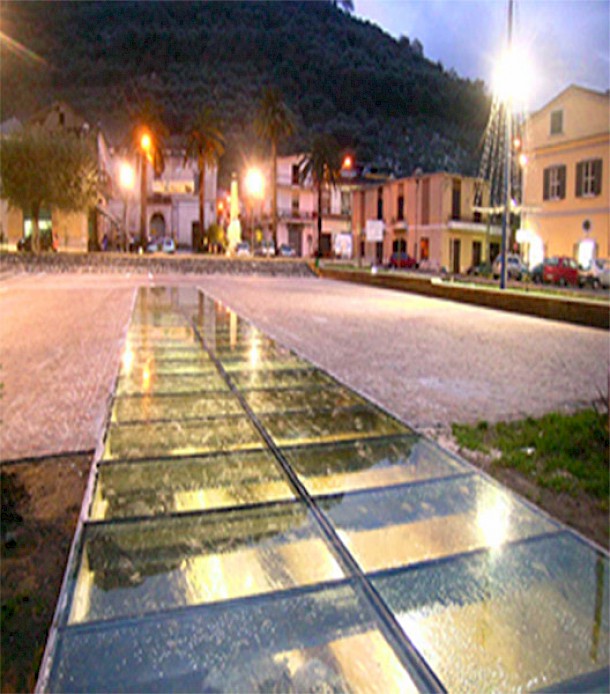